I'd like to thank Donald Trump for inspiring me to grab this novel from my reading/listening stack. Though the book is 80 years old, its depiction of the early stages of a corpo-facist takeover of the United States is eerily prescient in showing why a campaign such as Trump's has worked. I also found myself nodding my head in silent agreement with many of the ruminations on human nature and American culture -- many of which are possibly even more true now as they were when Sinclair wrote them. After I finished reading it, I discovered that in 2007 the Libertarian Futurist Society gave It Can't Happen Here a Prometheus Hall of Fame Award. I find this incredibly amusing. While I can see the book appeal to the libertarian crowd, there is no suggestion whatsoever in the book that any kind of libertarianism or proto-libertarianism would be an appropriate response or bulwark to the madness that Lewis depicts America embracing. Then again, a look at the titles of Prometheus Award winners suggests to me that the LFS just loves to give awards to works that show any non-libertarian government running amok -- no matter how plausible the scenario.

Part of my push to read as much short fiction as possible before the Hugo nominating deadline, which was a few days ago. It was the first issue of Analog I read in years -- I really prefer the work published in either Asimov's or Magazine of Fantasy & Science Fiction. In an effort to consider stories from as large a variety of sources as possible, I'll continue to make efforts to read an issue or two of Analog every year for Hugo nominating purposes. Having said that, there wasn't anything in this issue that struck me as Hugo-worthy.

Five years ago, on this date, I embarked on yet another attempt to properly take care of myself by eating better and exercising regularly. At that time, I weighed more than I ever had in my life, and I had just discovered that statins, the primary drug for controlling high cholesterol, caused all the side effects that suggested the treatment was possibly worse than the chronic condition. Amazingly, unlike all the previous attempts, I made this effort 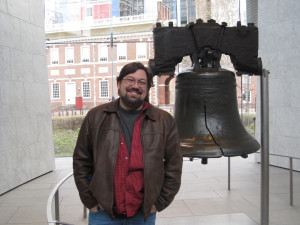 stick, and I'm actually still hovering within a couple of pounds within the goal weight I originally set for myself. I take less than half the blood pressure medication I used to, and my cholesterol numbers are relatively good without the use of any medication (though admittedly still a little higher than my doctor is comfortable with.)

Yet, five years of basically maintaining a healthy lifestyle hasn't made doing any of the right things any easier. In fact, it's disconcertingly easy to find myself reverting to my "fat bastard" default setting -- something I've allowed numerous times and just happened again. For the past couple weeks, I've been eating rather badly, but at least I've maintained the exercise routine, which has helped minimize the weight gain. As a result, I didn't step on the scale today in an effort to hide from myself some of the self-inflicted damage, letting a few of the extra pounds quickly disappear unseen while I reassert my healthy eating patterns. Thankfully, as far as these mini setbacks go, this one was rather minor, and if I do everything right over the next few weeks, the recently added excess should come back off. 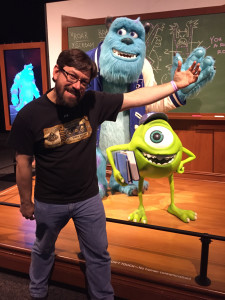 the bewliderment I feel when I hear people who say things like, "If I don't go to the gym and/or eat badly for a few days in a row, I just don't feel right." Nope; eating badly and sedentary living feel quite nice. In fact, many mornings it's still a struggle to drag myself to the gym, and I make it a point to not even bother keeping certain types of food in the house because I just can't exert any kind of reasonable self-control when they're around. I keep wondering when these efforts magically transform into some kind of ingrained good habit/routine that I easily maintain.

But, today is not a day to dwell on the negatives. I can state without a hint of exaggeration that I've been in better shape for the entirety of my 40s (thus far) than I was for nearly all of my 20s. I'm happier with my appearance and self-image than I've been at any other time of my life, and that is the result of five years of perseverence and hard work. I've overcome each of the occassional setbacks, and despite the difficulties that never seem to get easier to overcome, there is no reason to believe that I can't continue to do the right things -- even when I really don't want to. As a result, I have every reason to expect that in another five years I'll be able to write another post very similar to this one.
Collapse